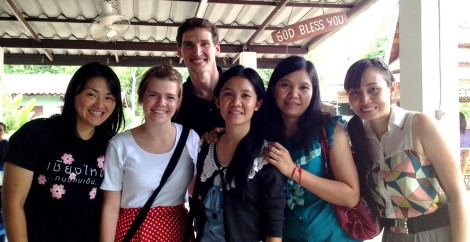 Shan & Pa-O Ministry Highlights
Two weeks ago we received a phone call saying that our friend Sai Lern’s brother-in-law, Num Leun, was in the ICU due to kidney failure.  Num Leun had been battling this illness for sometime but he had taken a turn for the worse.  When we arrived at the hospital with others from our church, we met with the family and did what we could to encourage and console them.  They had been up most of the night and were clearly tired and emotionally drained.  Num Leun’s wife, Klura, was especially so.
When the doctor came in, she told us that Num Leun was in a coma but was currently stable.  She let us visit him and explained the challenges that lay ahead.  Given all the details of the situation, we could do nothing more than pray and lift both him and the family up to God.
Early the next morning, Sai Lern called Tiff and said Num Lern had passed away that night.  When Tiff and I  visited them at their house,  as you could guess, there were a lot tears and a great feeling of loss.  Along with the loss of a loved one, there were all kinds of uncertainties about the funeral, life and provision, and questions of what happens when one dies.  Not that we had all the answers, but we sought to help in the best way we knew  and so we prayed and also shared why we pray to our God.  Through the course of our discussion, Klura’s friend Faa said she was very interested and wanted to know more about God.  Klura then asked if a Christian could pray at the funeral the next day, to which we agreed.

The next day we were joined by several of our church family at the funeral.  This was the first Shan style funeral I had ever been at and it will be a memorable one.  With a time of visiting, a meal and then the cremation, the funeral itself lasted about 4 hours.  During this time Faa came and sat with us and Tiff shared the gospel with her.  Having made up her mind, Faa prayed with us to receive Jesus. 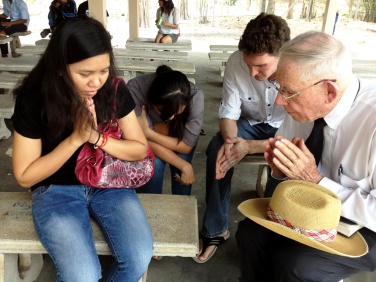 Leading Faa in prayer to receive Christ at the funeral

Tiff and Faa after praying

Later on, we paid our respects and the body was cremated.  Klura then asked Pastor Allan to pray.  It was after this that Klura mentioned that her husband was the one who wanted Christians to pray because he was going to be with God and wanted His blessings on the family.  Klura then said she wanted to have Jesus too and she prayed with us to receive Jesus into her heart.  When she finished praying, she gave a big smile and said she had so much peace now. 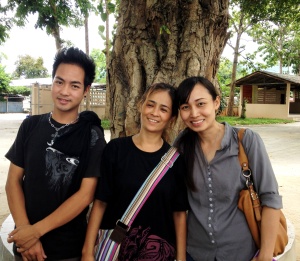 Our friend Sai Lern, his sister Klura, and Tiff after the funeral

That night, Klura, Faa and their family discussed what happened that day for another 3 hrs and wanted to see us again that night too.  Well, we ended up seeing them the next morning and spoke with them about salvation and who Jesus is for several hours.  Throughout all that happened in this eventful week, God answered prayers beyond expectation as He brought great peace and joy to this family.

“I press on toward the goal to win the prize for which God has called me heavenward in Christ Jesus.” – Philippians 3:14 (NIV)

Earlier this month the school year started up again for our kids in Mae Hong Son.  They were all excited to be back in school, though not really because of studying but because they got to see all their friends again.  Guess some things are true no matter which country you’re in.

Grace House kids at the start of the new school year

ChaoAbu and Esata, pictured below with their mother, were living in the nearby refugee camp with their younger sibling.  They are from what is known as the “Big Ear” Karen tribe, being called such as the women wear large earrings as ornamentation that elongate their earlobes, which can also be a sign of being married.

ChaoAbu (10yrs) and Esata (8yrs) with their mom

A lady of the “Big Ear” Karen tribe near Grace House

After ChaoAbu and Esata’s father died, they have had an increasingly difficult life.  When we spoke with the mother, she said it is hard to keep providing food and care for her 3 children.  If she works more, her kids will also not have someone to care for them while being left alone.  After she heard of our children home from a neighbor of Grace House, who is also of the same tribe, she came and visited us in the hope we could help.  After hearing their story, we were indeed moved to help and with ChaoAbu and Esata now a part of Grace House, we ask for your prayers for God to meet all their needs and transform their lives.

If you would like to partner with this ministry, please visit our Get Involved web page.

Please also check us out on facebook at https://www.facebook.com/FreedomHarvestMinistry for additional photos and information. 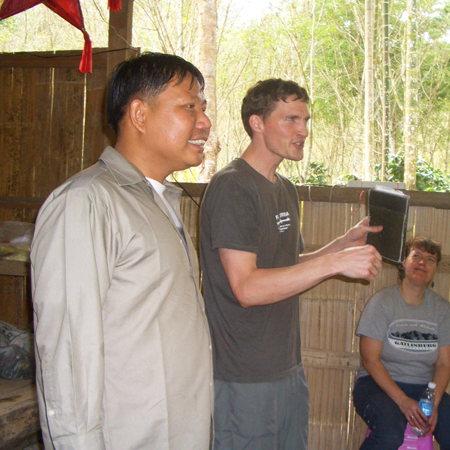